Thanks to all for a fantastic party December 8 at Nick’s – we all enjoyed an impressive selection of food, great commercial brews, and some fine homebrews on the jockey box. We had (at least) 48 people in attendance, and a record 32 participants in the white elephant gift exchange. (Rumor has it that Santiago managed to bargain for the coveted three way manifold after the official fun and games were over.)

Congratulations to the 2012 joint winners (tie vote) of the Homebrewer of the Year award – Keith McKay and Mike Conant. Their names will be engraved on the prestigious Sudzer Cup, which will be presented at the January meeting by our new co-Presidents. Congratulations to Tyler Dassow, Santiago Basso, and Nathan Howell, who were also nominated by their fellow homebrewers for the HBOTY award.

There was some discussion among a few of the HBOTY winners about planning for a collaborative brew in late spring early summer with all of the past winners collaborating together on a beer: Guy Cameron, Dan Rosbrugh, Pete Czerpak, Derek Wolfgram, Nathan Howell, and Keith and Mike. More on this later once we try to get everyone together…

With the incredible growth of the club in the past year and the workload that goes with that growth, we decided to experiment with some shared officer positions in 2013.

It’s been a fun year, it’s been a busy year, and I look forward to more of the same next year. Happy Holidays to all of you. Cheers! 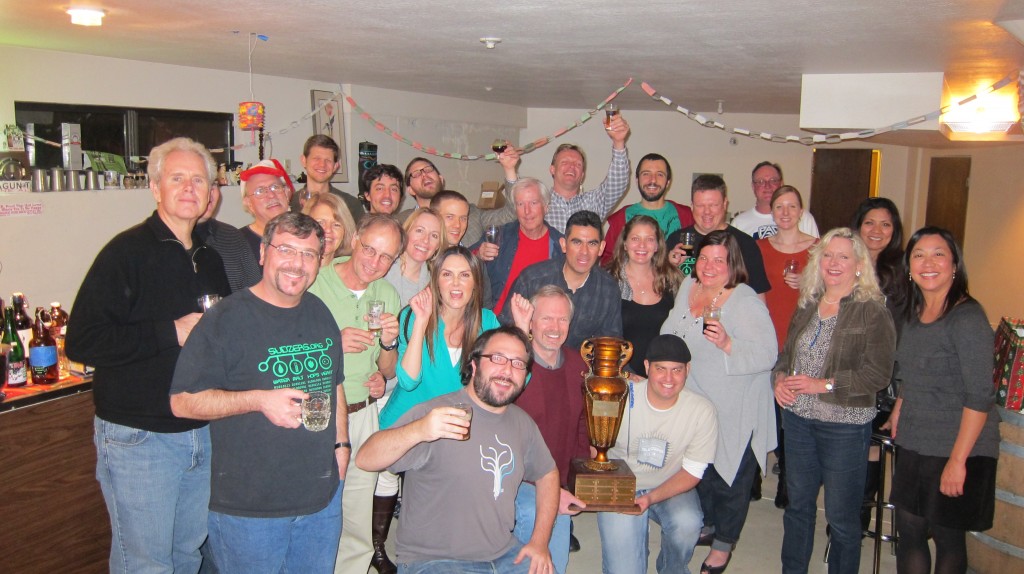